Thought your „web handicap“ was good? Well, Google will begin testing a Mobile First search index this year. What does this mean? In a nutshell, if your website is not mobile friendly – and by website I mean not only the layout and design, but also the content – your website could be indexed AFTER the website (probably of your competitor) that IS mobile friendly.

What do we mean when we say “Mobile First” and do we still need to say it? Sales of internet enabled mobile phones surpassed desktop computers at the beginning of 2013 – the “mobile moment”. Facebook reported more mobile traffic on its site than desktop traffic in 2014, and late in 2015 Google reported more search requests from mobile devices than from desktop devices. More mobile phones are sold each day than babies are born. All evidence seems to point to the internet being a predominantly mobile place. So why are we still pushing people to make their websites “mobile first”? It would seem websites need to be mobile … period.

Some background if you just tuned in:
Mobile First essentially means shifting the web experience from desktops to mobile devices.  Websites that were designed for 2100 pixel desktops now need to be designed for 420 pixel mobile devices. Not just that but the user story, user paths, user context, text, length of text, images, maps, design, structure, video, cat photo gallery, funny counter thing at the bottom, placement of the navigation, purpose or existence of the navigation, colours, font size, font style, flash and other things that are not supported on a mobile device, background colour, HUGE images … ALL need to be thought of in terms not of a large desktop sitting quietly on a … well, a desk, while a user reads the news; but a mobile device being held in one hand as the user navigates high street crowds on a rainy Friday with a screaming toddler in tow trying to read the news. A paradigm shift on all levels.

One in a serious of amazing books by the people at A List Apart – Mobile First, written by the equally amazing Luke Wroblewski, came out more than half a decade ago in 2011. 6 years ago might not seem like a long time, but half a decade sounds much longer. In terms of what has happened in that time, in the web, well, 6 years is like 6 dog years. 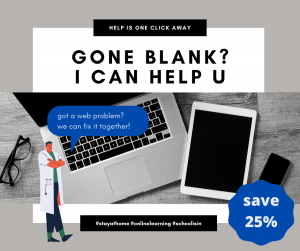